We present ‘Gogga‘… because I intervened and had to have some people in the film other than Jono.

I guess you want some background into this beautiful work with a very South African twist.

Jonathan Benjamin, one of the few unicyclists to come out of South Africa with a full repertoire of achievements on the wheel.

Jono started with learning on a 20″ like most of us.  Soon after that he started riding the mountain trails of the Cape’s notorious Tokai Forest, before the fires. I don’t think there was a trail at Tokai that Jono didn’t ride from Silvermine to the Mast. He was the youngest unicyclist to finish first place in the unicycle category of the Cape Town Cycle Tour (formerly The Argus). He learnt how to slackline and then learnt how to ride a unicycle on a slackline. Then there was the time he hiked up Mount Kilimanjaro and rode most of the way down on his unicycle. Be sure to read about it here and here. Jono’s latest achievement is being the ‘star’ in this short film you just watched.  This film is what I would like to tell you about.

In November of 2015 I got a very excitable phone call from Jono who was in Israel at the time on a Kabutz. He informed me of a proposal that he had from one Ralph Meyer. Ralph wanted to produce a short outdoor adventure film about off-road unicycling whereby Jono would be the star.  Jono told me that Ralph had won the Cape Union Mart Adventure Film Challenge of 2015 with his short film called ‘Karine – A Trailrunners Portrait‘. Ralph was given some prize money for this which inspired him to do his next project. We discussed his conversation with Ralph in great detail. Being Uni-Mom I had to find out as much as possible.

Jono had sent me a link to Ralph’s previous work ‘Karine’. I watched it and was surprisingly impressed! I started bubbling with excitement.

There was one point of discussion between Ralph and Jonathan that I was concerned about – unicycling on a highline! Not a slackline but a highline!! Jono can ride a uni on a slackline but he has virtually no highline experience. I knew that what they had discussed was a larger-than-life expectation at this stage. I phoned the go-to-highline-person and friend, Sylvain Burki. We spoke about every facet we could think of. We decided that Jono would not be able to achieve unicycling on a highline. It was only 2 month’s away from the proposed shoot days and we both knew that Jono could not do it.

Time to introduce myself to Ralph and do what I do best, graciously intervene. Turns out during Ralph’s research for his next film he had visited the OddWheel website and read the blogposts of Jono’s Kilimanjaro adventure. These blogposts thrusted Ralph in Jono’s direction to portray off-road unicycling as the subject of his new film which he wanted to enter into the international Banff Film Festival. Rad to the power of sick! Right?! So we chat chat chatted and blah blah blah’ed. My aim was to ensure that all the technical facets of off-road unicycling were correct and that the vision was realistic. The highline scene was bombed but we did come up with a replacement scene which included a slackline. Ralph invited me to join the small crew that were to shoot in Montagu and Rocklands in early January 2016. I have 15 years of film experience and therefore could help in more ways than your average unicycling junkie.

Shoot day was approaching and my KH shipment was in the storeroom. I cracked open a box with the latest KH26, 2015 model. Blinging signature blue with all the latest components. I felt Jono needed an upgrade in wheel size for the type of riding he was doing. A KH24 was not the right wheel for these long dirt roads with some technical navigation.

The small crew (Ralph Meyer, Wolfgang Meyer, Dennis Poyda, Jonathan Benjamin and myself) collected in Montagu to start shooting. We 4×4’ed up mountains, trekked up onto dam walls, walked sandy rocky footpaths, huddled on the side of dusty farm roads whilst trying to shoot epic scenery with perfect sound while maintaining a cheerful disposition. You know, a regular day or rather days on set. 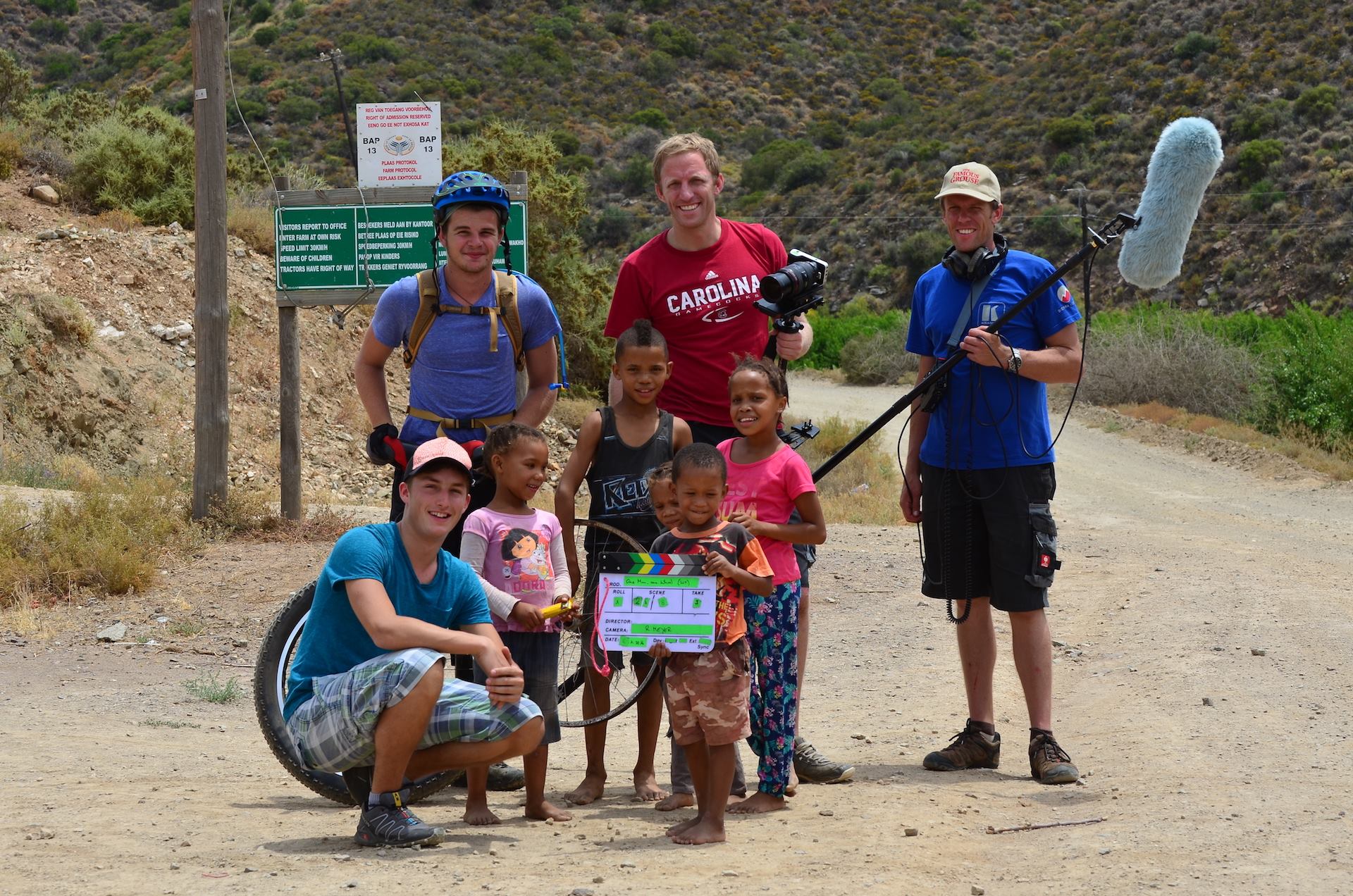 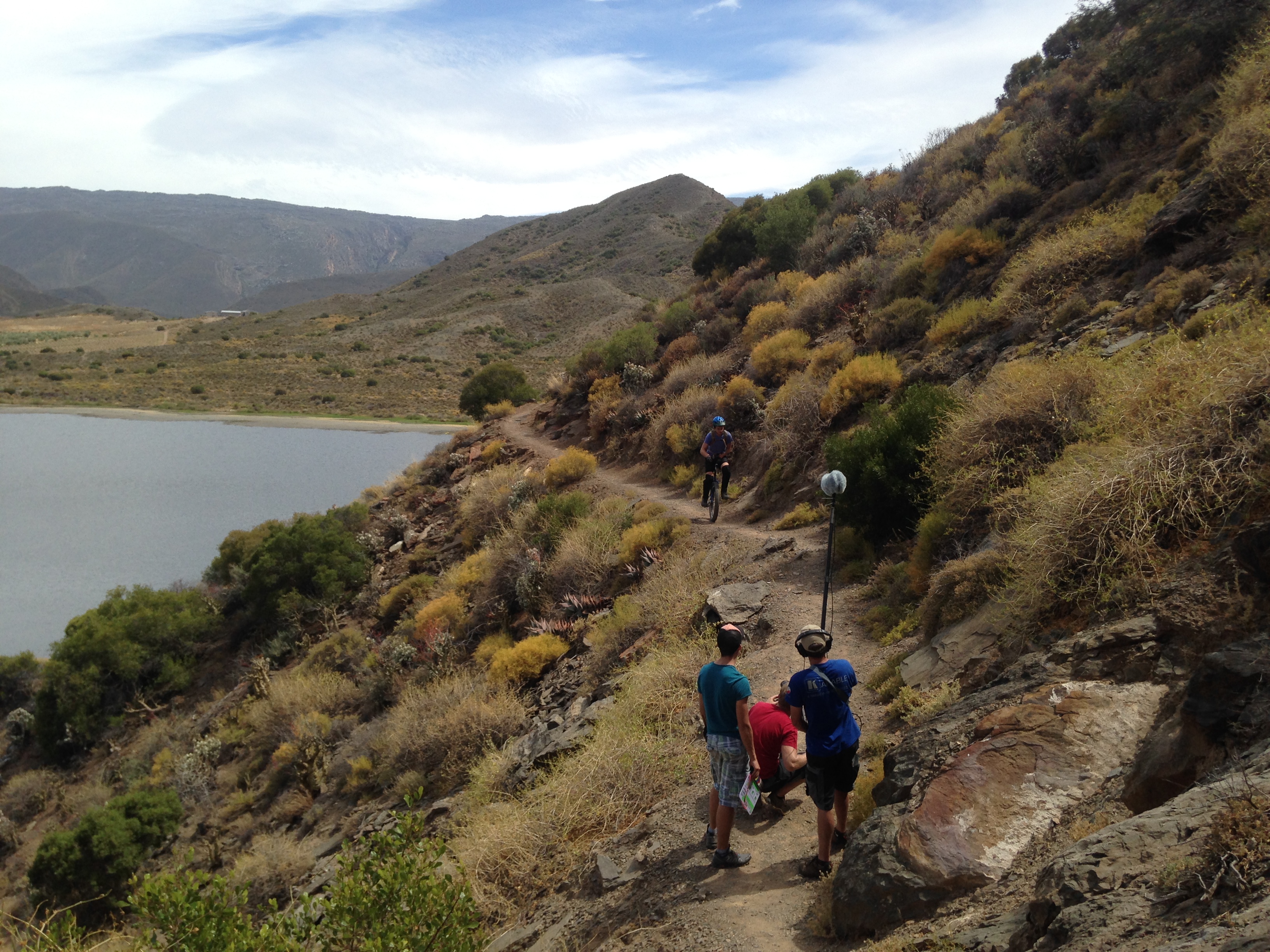 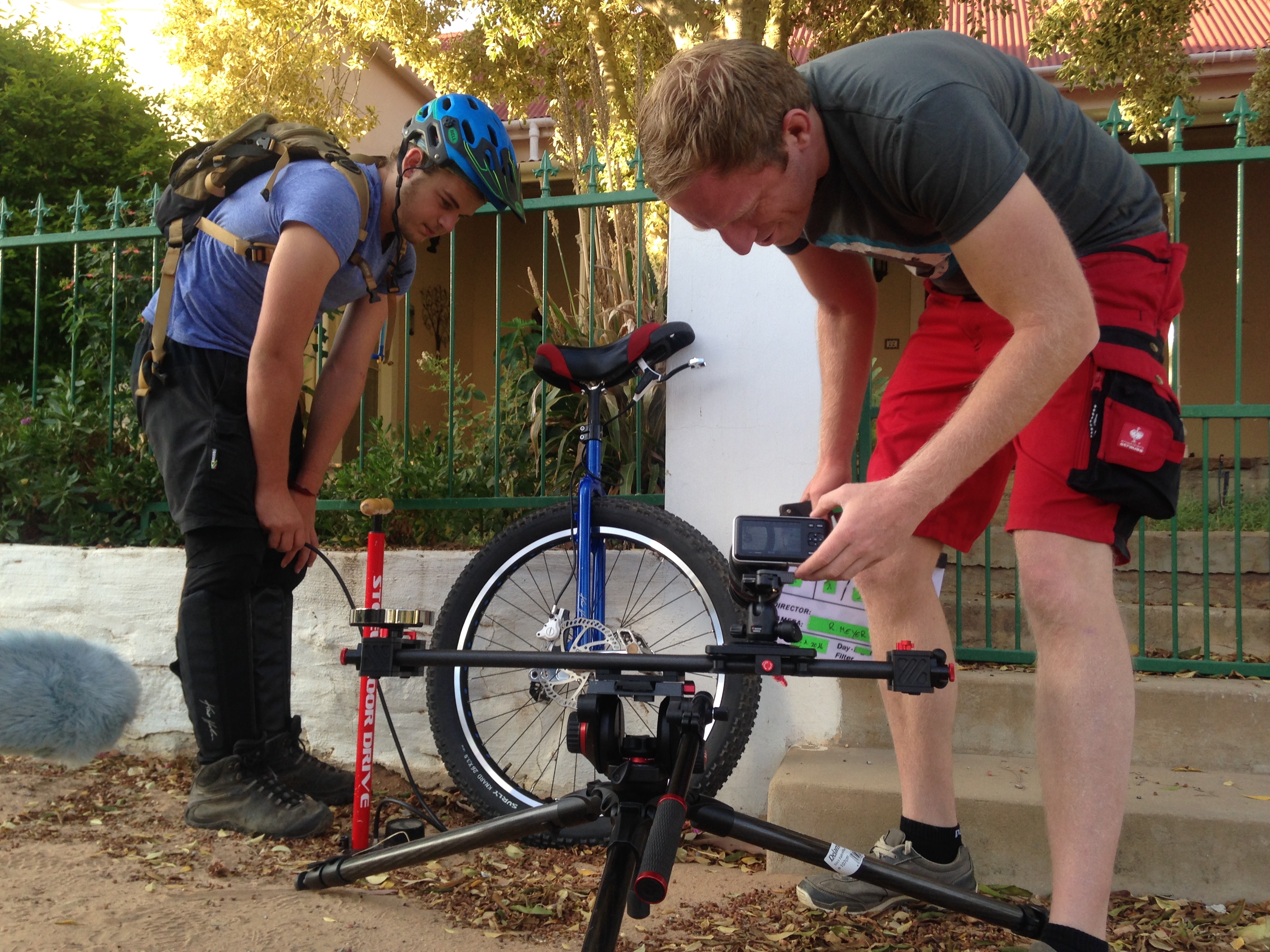 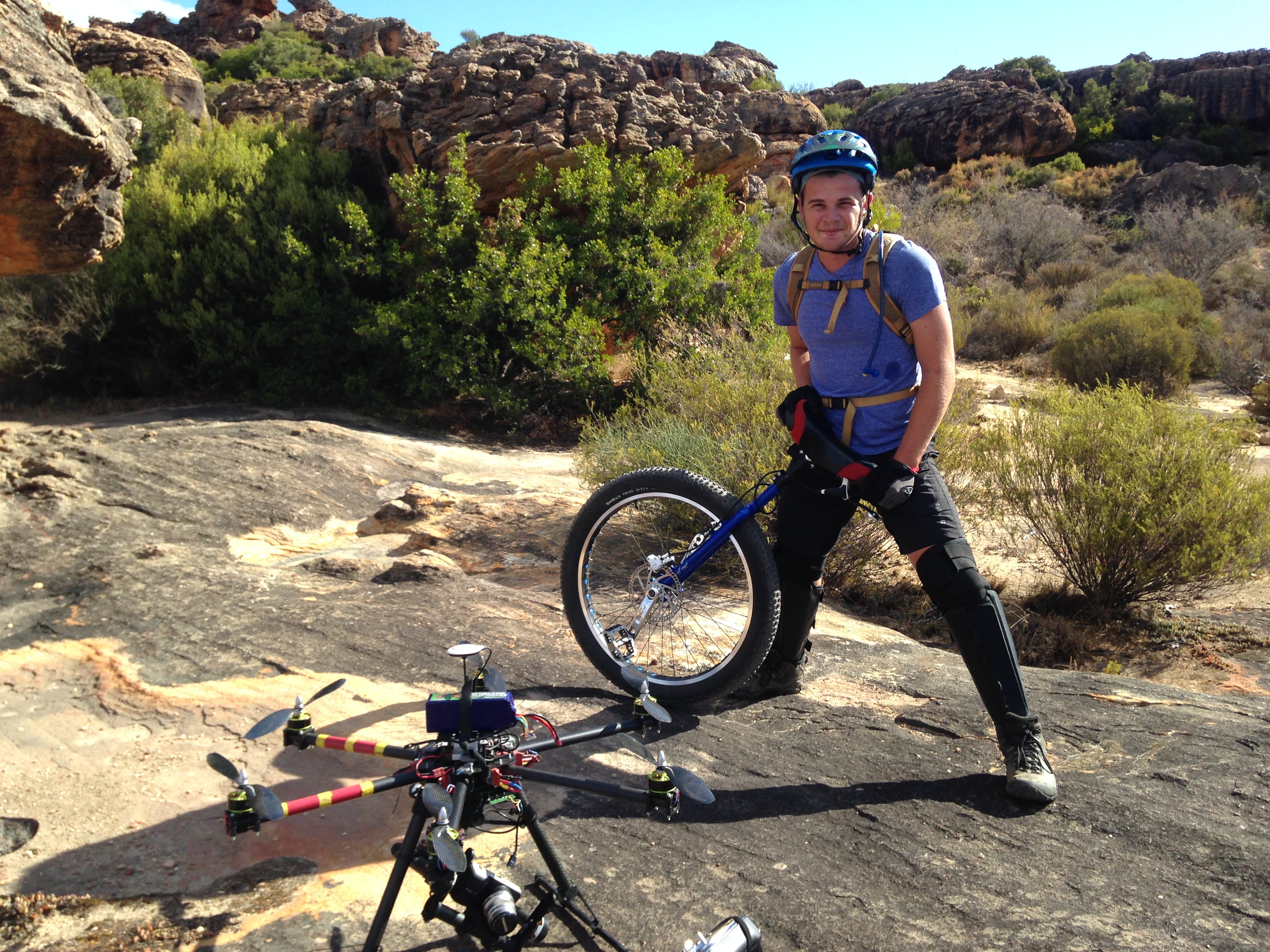 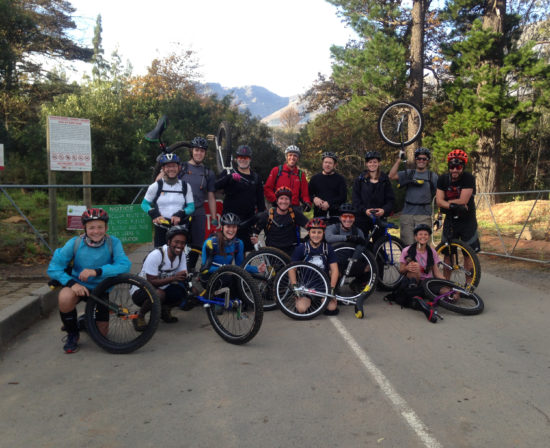 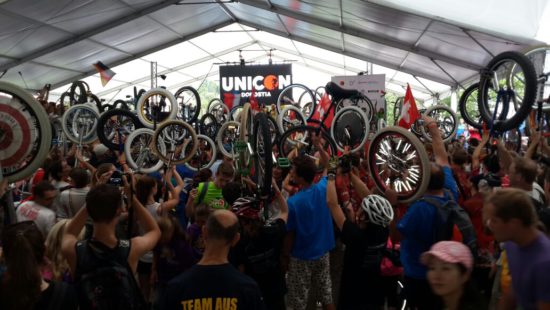